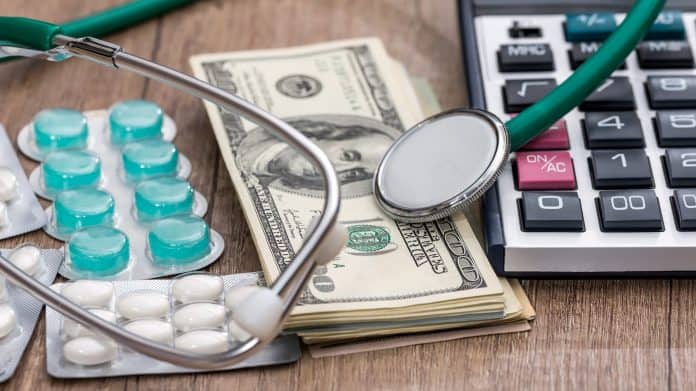 As we head into another election cycle, voters across the country can be assured that health care and the cost of prescription drugs will be mentioned in television ads, campaign mailers to their homes, in debates and in stump speeches.

The issue, however, is extremely complex, which is one reason it has been a topic of campaign discussions in the past and will likely continue to be in the future.

One of the issues is that even experts in the field cannot agree on how to measure drug prices – are they rising or are they falling, and if they are going in either direction, at what rate are they moving? This is due, in part, to a lack of a single, comprehensive look at what everyone pays – including insurers, the government, and yes, consumers. Combined with rebates, side-deals and other discounts, along with adding generics into the mix, the prescription drug price picture is as clear as mud.

Currently, the Trump administration is relying on the consumer price index (CPI) to measure the inflation of drug prices. By that measure, prescription prices have fallen by 2% over the last year. Of course, there are concerns about using the CPI as the measuring stick because it may not include all drugs, like the more expensive specialty drugs, or rebates drug manufacturers may have passed onto PBMs or insurers.

One of the other issues adding to the complexity and confusion for consumers is not just the cost of the drugs, but how those costs are determined and where the money actually goes.

Often times, pharmacy benefit managers (PBMs) are caught in the middle between the drug manufacturers and pharmacies, and therefore subject to blame in the court of public opinion. There is confusion about what exactly a PBM does, even though the public knows they do “something” as the liaison between insurers and other members of the healthcare industry, including drug manufacturers.

Acting as the intermediary between drug companies and insurers, PBMs are able to negotiate rebates on drugs to help lower the costs for consumers. However, that relationship has recently been met with unease as policymakers worry the savings are not being passed on to consumers.

In fact, earlier this year, the U.S. Department of Health and Human Services (HHS) proposed banning rebates drug makers would pay to PBMs for fear they would pocket the money instead of passing it back to consumers. Instead, HHS proposed passing the rebates back to consumers at the point of sale, however it was later dropped by the Trump administration because it was predicted to hike Medicare spending by some U.S. $ 200 billion.

Why would it hike spending? Because ideally the rebates negotiated between drug companies and PBMs – about 28% on average – are shared, which potentially lowers prices for everyone. If the rebates were banned and paid directly to consumers, the only people to benefit from the rebate savings would be the customers buying those specific drugs, but it would eliminate the possibility of a PBM pocketing 100%of the rebates.

The facts are that PBMs could and should do more to clear things up for the public and policymakers.

The biggest thing that PBMs can change is the level of transparency at which they operate and put their focus squarely on the consumers and what will benefit them. Customers and clients should be able to see where their money went and how much of it went to whom.

For example, often times drug manufacturers will provide rebates based on where a drug falls on the formulary – the preferred list of approved drugs to be prescribed by a specific hospital, health system, insurance provider or PBM. That means the PBMs only interested in rebates could simply put the highest-priced drugs on their formulary, which clearly is not acting in the best interest of the consumer.

In fact, a recent Government Accounting Office (GAO) report noted that in 2016, the most recent data available, PBMs negotiated approximately U.S. $ 18 billion in rebates from drug makers for Medicare Part D plans in 2016 and passed all but U.S. $ 74 million on to the plan sponsors.

Even HHS Secretary Alex Azar has called rebates a kickback, charging that PBMs essentially force drug companies to raise prices to get a product on their formulary because they can keep a cut of the higher rebate.

That is simply not the transparency or advocacy customers are looking for from their healthcare providers, insurance companies or drug manufacturers and it is the main reason we recently came together to merge MC-21 and ProCare PBM to create MC-Rx, a new independent PBM. We wanted to show that a new standard of transparency and openness in prescription drug pricing could be achieved.

For example, a health plan might spend $100 million on drug costs and receive U.S. $ 45 million back in rebates, therefore lowering the cost. However, if our analysis shows the drug costs should be U.S. $ 60 million with U.S. $ 20 million in rebates, we would propose lowering the net cost to benefit everyone.

MC-Rx has also built a process by which clients have the ability to review and audit contracts to ensure that the price the pharmacy is paid on their behalf is exactly the same price that is billed on their invoice. Further, after each claim has been reconciled, the same data in the pharmacy reimbursement field is ensured to be exactly the same as provided in the billed amount to the client. This approach allows clients to see that what we have reimbursed for their members’ pharmacy claims exactly matches what they were billed.

It is true that prescription drug pricing is a complex issue that neither insurers, manufacturers, regulators nor policymakers see eye-to-eye on. What customers should demand, and what organizations like MC-Rx are providing, is and ally and transparency so they can see exactly where their money is going.

While the industry pricing is cloudy, the billing process should be clear.

The Story of World ADC Digital