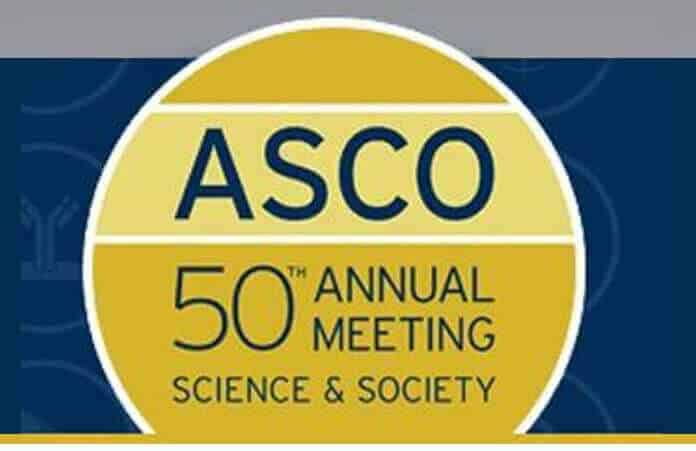 Results from an interim phase I clinical trial presented at the 50th Annual Meeting of the American Association of Clinical Oncology (ASCO), being held May 30 – June 3, 2014 in Chicago, Ill, shows that SGN-CD19A (Seattle Genetics, Inc, Bothell, WA 98021, USA), an antibody-drug conjugate or ADC in development for the treatment of B-cell malignancies, offers encouraging anti-tumore activity in patients with Non-Hodgkin Lymphoma (NHL).[1]

Lymphoma is a hematological (blood) cancer that begins in cells of the immune system. The two main forms of lymphoma are Hodgkin lymphoma (HL), which is marked by the presence of a type of cell called the Reed-Sternberg cell, and non-Hodgkin lymphoma (NHL). Lymphoma occurs when lymphocytes, a type of white blood cell, grow and multiply uncontrollably. When unchecked, these cancerous lymphocytes travel to various parts of the body, including the lymph-nodes, spleen, bone marrow, blood, or other organs, where they form tumors.

Lymphoma, including HL and NHL, represents approximately 5% of all cancers in the United States. Based on data from the American Cancer Society,  nearly 70,000 new cases of NHL and 9,300 new cases of Hodgkin lymphoma are estimated for 2014.

…interim phase I data in aggressive non-Hodgkin lymphomas (NHL) along with previous phase I data in acute lymphoblastic leukemia (ALL), demonstrates that SGN-CD19A has encouraging antitumor activity with multiple complete remissions in a patient population with significant unmet needs…

Targeted Approach
The trial drug SGN-CD19A is an Antibody-drug Conjugate or ADC targeting CD19, a protein expressed on B-cell malignancies ALL and NHL, including DLBCL. Using Seattle Genetics’ proprietary technology, SGN-CD19A is comprised of an anti-CD19 monoclonal antibody linked to a synthetic cytotoxic cell-killing agent, monomethyl auristatin F or MMAF. An antibody-drug Conjugates is designed to be stable in the bloodstream, and to release its cytotoxic agent upon internalization into CD19-expressing tumor cells. In this process, ADCs harness the targeting ability of antibodies to deliver cell-killing agents directly to cancer cells. This approach is intended to spare non-targeted cells and thus reduce many of the toxic effects of traditional chemotherapy while enhancing the antitumor activity.

Study results
Data were reported from 37 patients with relapsed or refractory aggressive B-cell non-Hodgkin lymphoma (NHL), including 32 patients with diffuse large B-cell lymphoma (DLBCL), four patients with mantle cell lymphoma (MCL) and one patient with Grade 3 follicular lymphoma. The median age of patients was 65 years and the median number of prior systemic therapies was two, with 10 patients (27%) having received a prior autologous stem cell transplant. Among enrolled patients, eight percent were primary refractory, 54% were refractory to their last treatment and 38% had relapsed following a response to their last treatment.

Primary Endpoints
The primary endpoints of the ongoing clinical trial are to estimate the maximum tolerated dose and to evaluate the safety of SGN-CD19A. In addition, the trial is evaluating antitumor activity, pharmacokinetics, progression-free survival and overall survival. In this dose-escalation study, patients receive a single dose of SGN-CD19A on an every 3-week basis. Key findings included:

The clinical trial is ongoing with nine of the 37 patients (24%) remaining on treatment and new patients continuing to be enrolled.[2][3]

Final results
Commenting on the data, Jonathan Drachman, M.D., Chief Medical Officer and Executive Vice President, Research and Development at Seattle Genetics, noted: “We continue to make strong progress advancing our proprietary pipeline programs, with SGN-CD19Autive Vice President, Research and Development at Seattle Genetics. The interim phase I data in aggressive non-Hodgkin lymphomas presented at ASCO, along with previous phase I data in acute lymphoblastic leukemia, demonstrate that SGN-CD19A has encouraging antitumor activity with multiple complete remissions in a patient population with significant unmet needs. The safety profile of SGN-CD19A is generally manageable with a notable absence of significant neuropathy or bone marrow suppression, which may enable future clinical trials with novel combination regimens. We look forward to final results from this ongoing phase I clinical trial to inform future SGN-CD19A program development plans.”