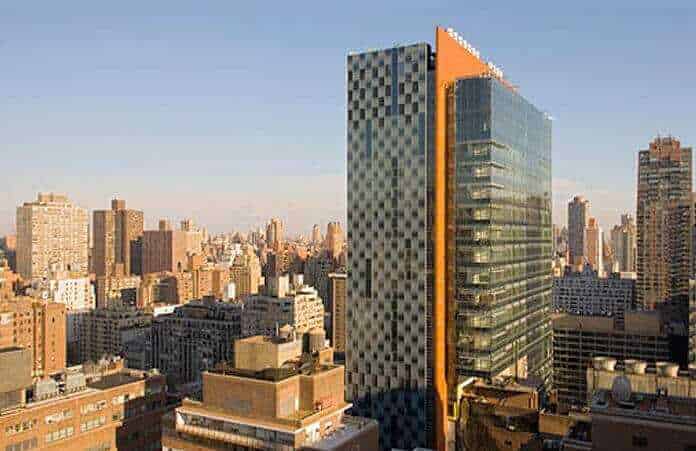 Memorial Sloan-Kettering Cancer Center has agreed to use to Sutro Biopharma’s proprietary cell-free protein synthesis technology to produce bispecific antibodies that were discovered in the center’s clinic for the treatment of neuroblastoma in children.

Neuroblastoma is the most common extracranial solid tumor in childhood. More than 650 cases are diagnosed each year in North America.[1][2] Based on data from the National Institute of health, the prevalence is about 1 case per 7,000 live births; the incidence is about 10.54 cases per 1 million per year in children younger than 15 years. About 37% are diagnosed as infants, and 90% are younger than 5 years at diagnosis, with a median age at diagnosis of 19 months.[3]

While there is no racial variation in incidence, there are racial differences in tumor biology, with African Americans more likely to have high-risk disease and fatal outcome.[4][5]

“Long-term survival for children with advanced disease diagnosed after 18 months of age is unsatisfactory despite aggressive chemotherapy. Our technology allows the generation and the rapid screening of a large number of variations of bispecific antibodies .This will enable us to take bispecific antibodies with the desired characteristics faster into the clinic and potentially provide pediatric neuroblastoma patients with a much needed effective treatment option to combat this disease explained Trevor Hallam, Ph.D., chief scientific officer of Sutro Biopharma.

CD3 on T-cells
Under the collaborative agreement Sutro will use its cell free protein synthesis technology to produce four different bispecific antibodies discovered by Memorial Sloan-Kettering. These antibodies will be directed against CD3 on T-cells and, as the second target, against the ganglioside GD2, which is expressed on the surface of human neuroblastoma cells, as well as in melanoma and osteosarcoma.

Nai-Kong V. Cheung, M.D., Ph.D., head of Memorial Sloan-Kettering’s Neuroblastoma program, will use preclinical models to test the bispecific antibodies manufactured by Sutro. “We have previously shown that the use of an anti-CD3 and anti-GD2 bispecific antibody has a strong scientific rationale, and anti-GD2 monoclonal antibodies targeting the ganglioside GD2 have demonstrated efficacy in clinical trials in pediatric neuroblastoma. We hope that the use of Sutro’s technology will facilitate a more rapid, high-throughput optimization of these bispecific antibodies in the future, and allow us to investigate novel variants of these molecules quickly before bringing the winner to the clinic.”