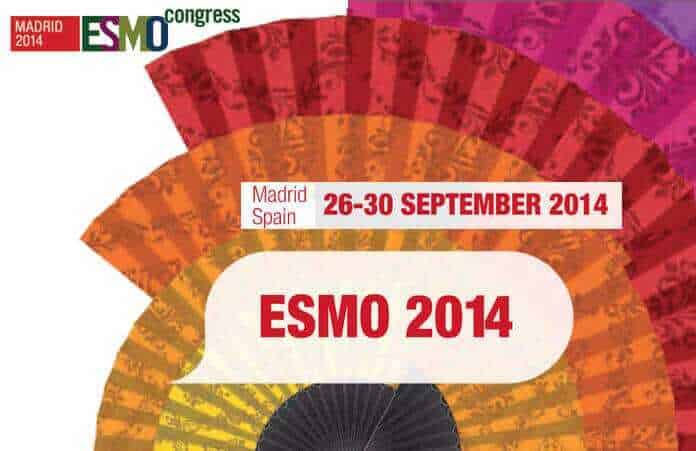 Vintafolide (Vynfinit®; Endocyte) is an investigational conjugate of folic acid (vitamin B9) linked to an anticancer agent, the potent vinca alkaloid desacetylvinblastine hydrazide (DAVLBH). Since cancer cells generally consume higher levels of folate than normal cells to fuel their growth, some cancer cell types – including NSCLC – have high concentrations of the folate receptor on their surface.

Vintafolide is designed to selectively target the folate receptor to deliver the anti-cancer agent to the cancerous tissue. Tumors that have high concentrations of the folate receptor are identified by etarfolatide, a non-invasive imaging diagnostic agent.

Simply stated, the folic acid component of vintafolide delivers a cytotoxic anticancer drug only to cells with folate receptors. After attaching to them and allowing the anticancer agent to enter the cell, desacetylvinblastine hydrazide is released inside the cell and attached to a protein called tubulin, which is important for the formation of the internal ‘skeleton’ cells need to assemble when they divide. Further, by attaching to tubulin in cancer cells, desacetylvinblastine hydrazide stops the formation of the skeleton, preventing the division and spread of the cancer cells.

Patients in the predefined adenocarcinoma subgroup treated with the vintafolide plus docetaxel combination had a 27% reduction in risk of the disease worsening or death (HR=0.73, p=0.0899, one-sided test), and a 30% reduction in the risk of death (HR=0.70, p=0.1018) compared to docetaxel monotherapy. Stratified analysis, which adjusts for pre-defined patient characteristics in the trial, reflect a 49% reduction in the risk of death in patients with adenocarcinoma (HR=0.51, p=0.0147). 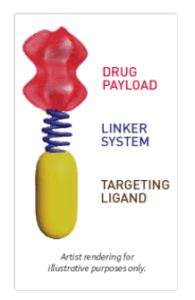 These data include approximately 78% of the targeted number of events in the overall survival analysis. Overall survival (OS) in all patients, including those with squamous disease, reflect a 12% reduction in the risk of death (HR=0.88, p=0.2874) or 25% reduction when stratified (HR=0.75, p=0.1066).

The primary endpoint of the study, as presented previously, showed that risk of disease worsening or death (progression-free survival, or PFS) was reduced by 25% for patients who received vintafolide plus docetaxel (HR=0.75, p=0.0696).

“[These] favorable results in the adenocarcinoma subgroup, where intensity of folate receptor (FR) expression is approximately 20-fold higher than in squamous cell disease, [are very encouraging]” noted Ron Ellis, president and CEO at Endocyte. “We are currently evaluating the development plan for vintafolide in NSCLC in this patient population to determine if we will advance vintafolide quickly to a phase III trial after the OS data is fully mature. In the meantime, we continue to progress in the phase I studies of two other SMDCs.”

Commenting on the results, Rohit Lal noted, “These results are very promising for patients receiving second-line treatment for this challenging disease. The folate receptor is a promising target, particularly in NSCLC, where the majority of patients are positive for this receptor. In particular, the consistency of results among patients with adenocarcinoma, including improved tumor response, delayed disease progression, and extended overall survival, support continued study of vintafolide in this patient population.”

Trial design
The TARGET trial is an international, multicenter, open-label Phase IIb study designed to evaluate vintafolide in patients with stage IIIb or IV NSCLC who have failed prior chemotherapy and have all lesions positive for the folate receptor [FR(100%)] as determined by the investigational companion – folate-targeted molecular – imaging agent etarfolatide (EC20; Folcepri®; Endocyte) that is being developed to non-invasively identify tumors that express folate receptors and that may respond to folate-targeted therapy.

The trial included 199 patients. The primary endpoint was an improvement in PFS and secondary endpoints include the comparison of overall response rate, disease control rate, duration of response, duration of disease control, overall survival of the participants between treatment arms, and the incidence of adverse and serious adverse events. TARGET included three investigational arms, vintafolide monotherapy and vintafolide in combination with docetaxel, each of which was compared to a standard-of-care control arm, docetaxel monotherapy.

The independent data safety monitoring board determined before the completion of the trial that the vintafolide monotherapy arm was not likely to demonstrate increased benefit in the delay of disease progression compared to docetaxel alone.

Adverse events
The most common (>5% incidence) Grade 3 or higher adverse events occurring more frequently in the vintafolide plus docetaxel arm compared to docetaxel monotherapy were neutropenia (72% vs. 55%), febrile neutropenia (14% vs. 6%), sepsis/neutropenic sepsis (6% vs. 2%), and peripheral neuropathy (9% vs. 0%).