Home Editorial The Complexities of the ADC Design: What’s Needed to Improve the Therapeutic... 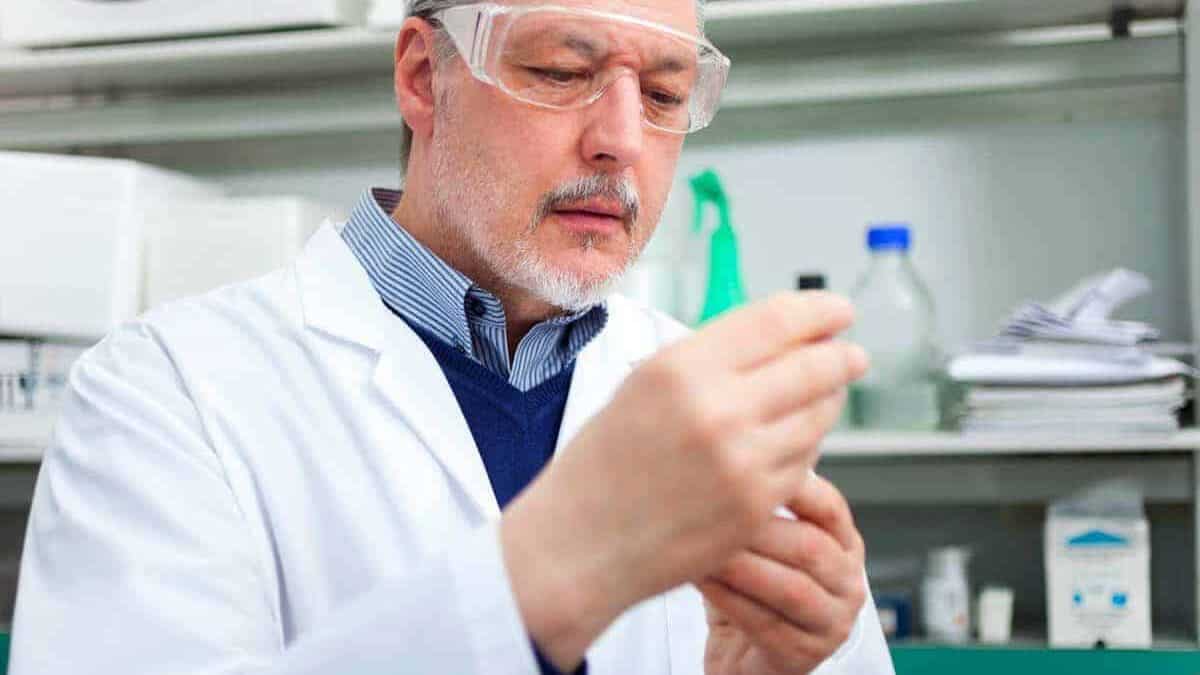 Antibodies serve an important function in the immune system by attaching to specific molecules, or antigens, on the surface of a foreign body, such as a pathogenic bacterium, virus, or even a tumor cell, thereby marking it for destruction. Over 30 years ago, researchers realized the potential of antibodies to target specific cells and began harnessing their power for drug development. Some of these were drugs known as antibody-drug conjugates (ADCs), designed to encompass the targeting power and specificity of the antibody combined with the toxicity of a drug payload. The first ADC was approved by the FDA in 2000 [1] and several others have since been added to the market, with over 100 more currently being investigated in clinical studies. However, despite the many advances in ADC technologies, significant room for improvement remains within this class of drugs. 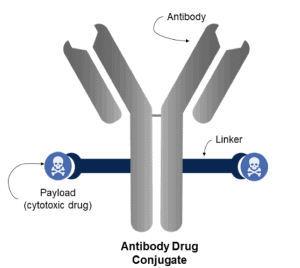 How are ADCs designed?
Antibody-drug conjugates combine the targeting specificity of an antibody with a cytotoxic payload. In the case of cancer, which is most commonly what ADCs have been designed to treat, ADCs deliver chemotherapeutic drugs specifically to tumor cells, avoiding healthy tissues and minimizing toxicity in the rest of the body. To achieve this, every ADC is made up of three key components, each with their own ideal design, as described below.

ADCs are complex molecules currently manufactured in a multi-step process that can span several days. After they’re generated, they must remain intact and stable while they’re injected into the body and travel through it to a tumor cell. Once the ADC has arrived at the tumor cell, it is internalized which leads to the release of the payload and eradication of the tumor cell. This complex mechanism requires much forethought and the past 30 years have taught the ADC field a lot about how to maximize the design of an ADC for the greatest success.

There are several key considerations when designing an ADC: antigen specificity, structure and stability of the antibody, the chemistry of the linker, and the cytotoxic payload.

Antigen specificity
Not only do tumor cells need to selectively express the target antigen, but it’s also critical the antibody has a high enough affinity for the antigen to bind and be internalized by the tumor cell. This is a very delicate balance as antibodies with extremely high antigen affinity have not demonstrated high efficacy in pre-clinical models. [2]

Structure and stability of the antibody
When ADCs were first designed, researchers started by using mouse antibodies to create them, but then found that the human body recognized these as foreign bodies, thereby limiting their potential in clinical applications. Furthermore, researchers have found that the design and properties of antibodies have an influence on their half-life, and thus need to be carefully controlled. To overcome these hurdles, many antibodies must be specifically designed and created based on a combination of human antibody components, typically with a structure that requires them to be generated uniquely for each individual ADC.

Chemistry of the linker
Like the antibody, it is also critical the linker component remains stable in circulation to deliver the payload all the way to the target tumor cell without detaching from the antibody or being degraded in the blood – both effects will cause the payload to be released pre-maturely decreasing efficacy and tolerability. However, the linker needs to be able to be easily cleaved after it enters the cell to release the toxic payload needed to eradicate the tumor. Another key design factor that must be considered is how easily the linker will promote clumping, or aggregation, of the ADC molecules. Many linkers are coupled with hydrophobic payloads that segregate out from the aqueous solution found in blood. When these hydrophobic ADCs clump together, the immune system often recognizes them as foreign bodies and targets them for degradation.

Cytotoxic payload
Finally, the amount of payload drug that can be delivered into the target cells in an efficient manner is probably the most important consideration in the design of an ADC. If each step in the ADC mechanism works with 50% efficiency (uptake, degradation, payload target binding etc.), only 1.56% of the administered drug molecules will be able to kill tumor cells. [3] This means ADCs need to have highly potent drug payloads that are very toxic in small enough amounts to eradicate target cells. Ideally, these agents would only be activated when a cell divides during mitosis, so the majority of the drug that is released in the body would not have an effect on the healthy cells. Alternatively, less potent payloads maybe used which then requires a higher drug load in order to deliver sufficient amounts of payloads to eradicate the tumor cells.

What are the limitations of current ADCs?
Given all of the complexities of designing a stable, safe, and effective ADC described above, most of the current ADCs on the market still face several limitations including:

How can ADCs be improved?
To improve upon ADCs and really harness the power and potential they have as a treatment for cancer, all the elements of the ADC must be carefully designed and controlled. During my post-doctoral work at the Paul Scherrer Institute in Switzerland, we found that the linker, though small, was one of the most important factors in ensuring an effective ADC. When hydrophilic peptides were used as linkers, antibody engineering no longer became necessary for site-specific payload conjugation, they offered broader chemical versatility and flexibility and we could fine-tune the hydrophilicity of the ADC to accommodate all different types of payloads.[4]

We took this information and then further developed a proprietary peptide-linker technology at Araris Biotech AG that has allowed us to use antibodies off the shelf, with no need for antibody engineering, therefore, reducing the cost and time it takes to develop the ADC. We also have been able to use linkers with excellent solubility, allowing for any payload to be conjugated to any antibody without major optimization, as well as develop ADCs that are stable in serum, showing higher efficacy and tolerability in preclinical studies compared to existing ADCs. In addition, we observed that our attachment site limits payload exposure in circulation and combined with the hydrophilic linker enables us to achieve antibody-like pharmacokinetic properties with our ADCs, thus maximizing payload delivery to the tumor. Importantly, the payload is thereby efficiently released in the tumor despite its increased stability in the blood circulation.

What’s next?
With millions of people around the world suffering from cancer, there’s still a lot more research to be done to create effective and safe treatment options for patients and their families. ADCs have shown a lot of promise and advanced significantly over the years. However, improvements such as our proprietary peptide linker technology at Araris, have the potential to make a huge impact in the overall function and therapeutic value of the ADC, thereby leading the way towards the next generation of antibody-drug conjugates.

From the Editors: Welcome to a New Publication – ADC Review/Journal...

How to Design Clinical Trials in the Era of Targeted Therapies