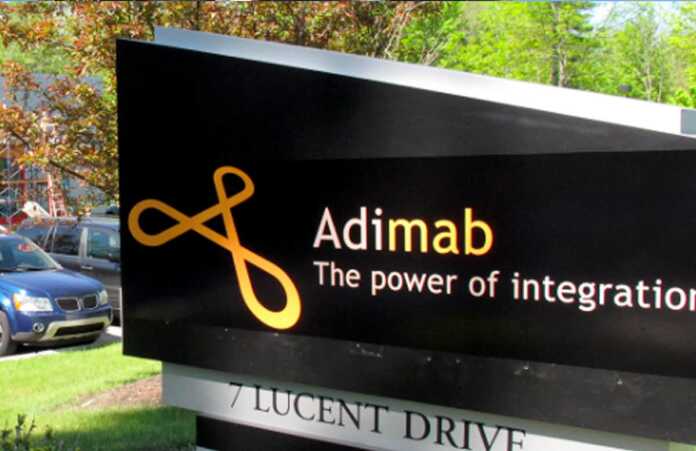 Bispecific antibodies (BsAb), widely used in the development of anticancer immunotherapy, are proteins capable of simultaneously binding two different epitops, on the same or on different antigenes. They are considered unique because they are composed of fragments of two different antibodies – combining two or more antigen-recognizing elements – into a single construct which makes them able to simultaneously bind to two or more different targets. Because more than one pathway is often at the root of a specific disease, bispecific antibodies offer the potential to create highly specific therapeutics with greater potency. As  a result, bispecific antibodies can serve as mediators to redirections of immune effector cells, such as Natural Killers cells and T-cells, to tumor cells, in order to enhance their destruction.[1]

Furthermore, by targeting two different receptors in combination on the same cell, bispecific antibodies can induce modifications of cell signaling, including the inactivation of proliferation or inflammatory pathways. However, the bispecific approach makes the therapeutic design process extremely complex.  This is due to the fact that specificity, affinity and valency need to be optimized in parallel, which requires engineering multiple antigen binding domains into one single molecule, resulting  in the enhancement of antibody efficacy of two activities in one molecule.  This may include neutralization of two ligands by one mAb,  Inhibition of two receptors by one mAb, crosslinking of two receptors on one cell or redirecting cytotoxic immune cells.[1]

Initial development
The first reports discussing bispecific antibodies were released in the 1980’s and in 2009 the first bispecific antibody, catumaxomab (Removab®; Fresenius Biotech/Trion Pharma)) was approved for the treatment of malignant ascites, which in general, is caused by peritoneal tumor cells and is commonly seen in patients with ovarian, gastric, endometrial, breast, colon and pancreatic cancer.

Due to low efficacy, severe adverse responses, and immunogenicity of the bispecific antibodies, initial clinical studies were disappointing. Over time, a better understanding of effector cell biology and developments in the field of antibody engineering has led to the generation of new classes of bispecific antibodies capable of circumventing many of obstacles seen in initial trials. [2]

As part of the increasing interest in bispecific antibodies, Adimab, LLC, a company involved in the discovery of fully human antibodies and bispecifics based in Lebanon, NH, and  GlaxoSmithKline (GSK) have broadened their relationship in which Adimab will build a unique custom library for GSK for use in generating bispecific antibody leads.

Adimab will use this library as well as existing Adimab technology in collaboration with GSK to discover antibodies against multiple targets and generate bispecific antibodies against combinations of those targets. The company will also transfer the novel library to GSK for its internal use in the discovery of bispecifics. As part of the agreement, GSK will have the right to develop and commercialize therapeutic bispecifics generated from the library.  The new agreement expands the original 2013 platform technology transfer and license agreement with GSK.

“GSK has decided to be the first company to take advantage of our unique ability to generate focused antibody libraries for our partners,” noted Tillman Gerngross, CEO and co-founder of Adimab. “[With our platform] we can identify highly specialized functional IgGs, and incorporate them rapidly into stable, well-expressing bispecific leads. Furthermore, the [our] platform is a protein engineering tool that allows us to optimize molecules in virtually any bispecific format.”

Commenting on the agreement, Neil Brewis, Head of Biopharmaceutical Research at GSK explained: “We have an interest in rapidly assessing biology from bispecific molecules with various target combinations. The Adimab platform fully provides us with the quality and speed we need. Our existing collaboration has been highly productive, and this expansion reflects our appreciation of Adimab’s capabilities and collaborative approach.”

New Partnerships
Over the past five years, Adimab has established funded discovery collaborations with more than 25 companies, including many leading pharmaceutical companies, such as Merck, Roche, Novartis, Eli Lilly, Genentech, Gilead, and Celgene.  Earlier this month the company announced new partnerships with Acceleron Pharma, Inc, Oncothyreon, Inc. Surface Oncology Inc  and Potenza Therapeutics, Inc for the discovery and optimization of therapeutic monoclonal or bispecific antibodies against multiple targets for each partner.

“These new partnerships epitomize the growing trend of highly innovative discovery programs originating in smaller and mid-sized biotech companies,” Gerngross said. “Our platform is the optimal tool to probe and elucidate complex biology, and we look forward to deploying our capabilities towards the unique problems our partners are working on.”

“The company has designed, manufactured, and developed several receptor fusion proteins and as we continue to expand our pipeline, we believe having access to a world-class platform to rapidly generate antibodies will be a valuable addition to our discovery efforts,” noted John Knopf, Chief Executive Officer at Acceleron. “After surveying the antibody technology landscape, we concluded that Adimab is the best option for us and we look forward to a successful partnership.”

In each of the new partnership agreements Adimab will use its proprietary discovery and optimization platform to identify fully human antibodies or bispecifics for its partners. These agreements generally grant Adimab’s partners the right to develop and commercialize antibodies and, in some instances, bispecifics generated during the collaboration for potential use as therapeutic products.

Milestones Current Partners
Recently, Genentech, one of Adimab’s current partners, exercised a commercial license to antibodies identified by Adimab to an undisclosed target. Genentech has exclusive development and commercialization rights to such antibodies. In addition, Adimab announced the achievement of technical milestones from its ongoing collaborations with Merck & Co.

Randomized Phase I Trial Results of ABT-414 In Patients with Glioblastoma...