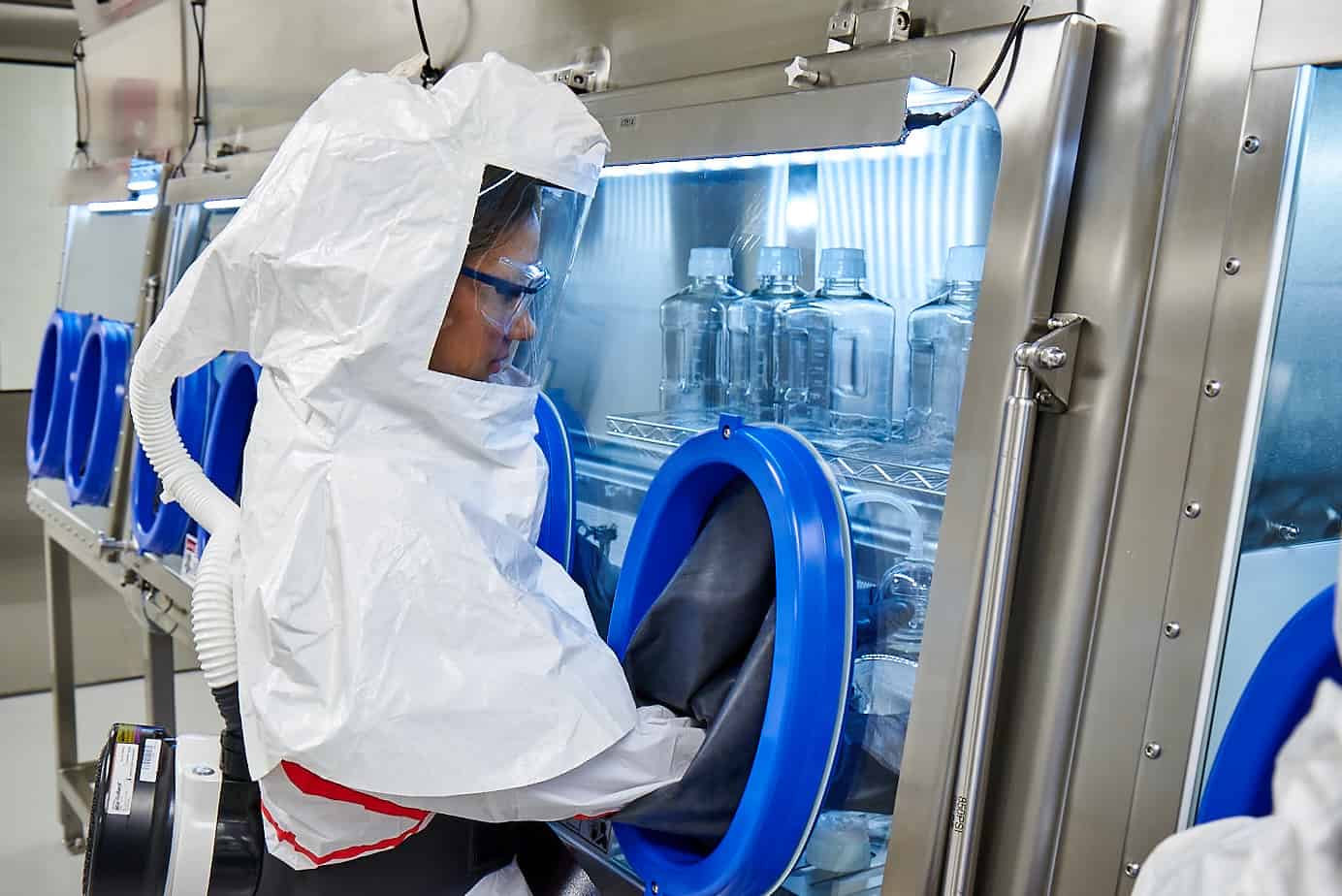 With the 12th Annual World ADC London, Europe’s longest standing antibody-drug conjugate event behind us, let’s look back at some of the highlights.

With the approvals of loncastuximab tesirine (Zynlonta®; ADC Therapeutics)  and  tisotumab vedotin (tivdak®; Seagen and Genmab) within the last 12 months, there are now 11 commercially available ADCs on the market. In addition data presented duringbthe annual meeting of the American Association for Cancer Research (AACR) and other recent meetings, suggest that trastuzumab deruxtecan (Enhertu®, Daiichi Sankyo and AstraZeneca) and polatuzumab vedotin (Polivy®; Genentech) could be soon be used as earlier line treatments to improve patient outcomes sooner.

Without a doubt, the 12th Annual World ADC London covered all aspects of ADC development from discovery through to late stage manufacturing, and with in-depth research to fully address the most important challenges in bringing next generation of clinically impactful ADCs to the hands of patients.

In the presentation, “How Can ADC Express™ Help You With Lead Candidate Selection?” Jeff Carroll highlighted MilliporeSigma’s discovery-focused service that leverages conjugation and analytical expertise to quickly design and synthesize sets of potential ADCs suitable for screening.

When designing an ADC, there are a number of components to consider, including payload selection, linker composition and cleavability, conjugation chemistry, solubilizer, and mAb. However, knowing the ideal combination of components to produce highly efficacious ADCs with a widened therapeutic window is non-trivial and thus requires the preparation of small ADC libraries to screen. With their ADC Express™ service, MilliporeSigma is finding that the analytical data is just as valuable in ADC candidate selection as the ADC constructs shipped to clients for testing. Jeff presented case studies that highlighted the significance of data-driven selection of linker, payload, and clone selection when ADC constructs are analyzed head to head.

The empiricism in component selection was highlighted in a series of PEG linker ADCs where, perhaps unexpectedly, the highest loaded PEG linker did not translate to the best ADC.

Jeff emphasized that due to the complexity of an ADC construct, predicting behavior and performance of an ADC is quite challenging. He cited literature examples of pegylated ADCs where it was demonstrated that PEG 8 and PEG 12 analogs were superior to PEG 0, 4, or 24 examples, highlighting the need to evaluate ADC programs with an OFAT (one-factor-at-a-time) approach.

In another HIC analysis, MilliporeSigma characterized the hydrophobicity of DAR species in an ADC library with and without solubilizer (branched PEG or ChetoSensar™). Using a TmAb +Duocarmycin model at DAR 0, 2, 4, and 8, they observed the ChetoSensar™-modified ADC of DAR 8 possessed comparable hydrophobicity to the native mAb. Not only is this encouraging for the newly launched ChetoSensar™ technology, but it also illustrates that early species characterization can help predict what DAR range may be tolerated, and ultimately, which DAR to pursue.

The acceleration of payload selection can be aided by HIC data as well. In another TmAb example, hydrophobicity was characterized for DAR 4 and DAR 8 of varied combinations of linker–payloads with ChetoSensar™ solubilizer. For most payloads evaluated, DAR 8 demonstrated comparable solubility as DAR 4 — with the exception of CBI dimer. Reduced solubility would likely rule out CBI dimer relative to other ADCs tested in this study, especially where a high DAR is desired. Ruling out aggregation up front from analyses such as these can allow for better ADCs to move into animal studies.

Lastly, clone selection was discussed in the context of ADCs. Typically, clones may be selected for mAb production feasibility or manufacturing titres, but when considering ADC development, conjugation should also be within scope early in the process. For example, analytical data can indicate if mAbs are prone to aggregation upon conjugation or if target binding is retained. In their experience, MilliporeSigma has helped clients discard mAbs with low poor conjugatability. In one instance, two mAbs were seemingly comparable via standard characterization. When performing an early conjugation experiment, however, the first mAb required 4.5 molar equivalents of tris(2-carboxyethyl)phosphine (TCEP)  for reduction versus a second that required 10 equivalents; upon discussion, the second mAb was deemed unfit to move forward.

Maintaining binding post-conjugation can also simplify clone selection if tested early, for which MilliporeSigma utilizes surface-plasmon resonance (SPR) that provides advantages over traditional ELISA methods. In a series of ADCs with the same payload but varied PEG and SMCC linkers, two of the five ADCs retained >90% of native mAb-target binding. In this scenario, these two ADCs should be prioritized.

What can we learn from ADC Express services? Working with an experienced CDMO, like MilliporeSigma, can accelerate your ADC programs by providing ADC libraries with varied components for screening along with the proper characterization and data to drive ADC prioritization.

ADC Express™ can be performed in mini-scale (10–20 mg input mAb) or medium-scale (up to 100 mg input mAb) prep for customers with a range of payloads, linkers, and solubilizers, including ChetoSensar™ solubilizer technology that was launched in 2021. The accompanying certificate of testing includes key quality attributes: ADC concentration, payload density/DAR, monomer/aggregate content, and endotoxin.

PBD dimers are DNA-damaging agents and a promising class of cytotoxic ADC payloads, for which the first commercial ADC was approved in 2021. While research-grade and -scale material is available to access payloads based on PDB dimers, the increased quantity and quality needed for clinical development and commercial ADCs requires added in-house development, licensing, or going through a CDMO.

When selecting a CDMO for payload synthesis, an ADC developer must consider a partner able to handle highly potent material; invest millions over the course of years to develop robust processes for challenging, multi-step synthetic routes; navigate the patent landscape and licensing fees; and manage the ongoing supply chain and regulatory issues. MilliporSigma first responded to these difficulties with their initial ADCore launch in 2017, MAYCore™. MAYCore™ simpiflies downstream chemistry to produce maytansinoids via high diastereopurity and low D-ala-MERI content. Launched in 2021, DOLCore™ is a mono-protected tripeptide that shortens the path to dolastatins/auristatins from a long 16-step synthesis to just 3-4 steps, a feat of time and cost savings. And now, PBDCore™ which can shorten the synthetic path to any PBD dimer by almost half. MilliporeSigma does this through carefully chosen protecting groups that enable selective, mild deprotection in high yields.

Together, these ADCores accelerate manufacturing processes for ~75% of ADC payloads, providing a path to earlier market exclusivity of the commercial ADC. While modifiable, the ADCores are as advanced as possible to reduce synthetic steps, risk to material, and supply chain complexity. Their off-the-shelf access provides flexibility to initiate synthesis on varying timelines and their high quality ensures reproducible success. Free samples are available as is phase-appropriate regulatory support. PBDCore™, along with MAYCore™ and DOLCore™, will continue to help advance the ADC pipeline as well as emerging small-molecule drug conjugates containing similar payload classes.

Surface plasmon resonance – rapid screening tool to assess the binding interactions of SARS-CoV-2 spike protein (Poster) SARS-CoV-2 has been a major global health concern, driving the need for new therapeutics. The surface spike protein, with its central role in virus infection is therefore the target for vaccines and neutralizing treatments. The emergence of novel variants with multiple mutations on the spike protein may result in the reduction of neutralizing antibody effectiveness through altered binding activity with Angiotensin-converting enzyme 2 (ACE2). To understand the impact of spike protein mutations on the binding interactions relevant for virus infection and the effectiveness of neutralizing mAb therapies, the binding activities of original sequence spike protein receptor binding domain (RBD) and the reported spike protein variants were investigated using surface plasmon resonance (SPR). In addition, SPR has been applied as a rapid screening tool to assess the impact of S1 modification.[1]