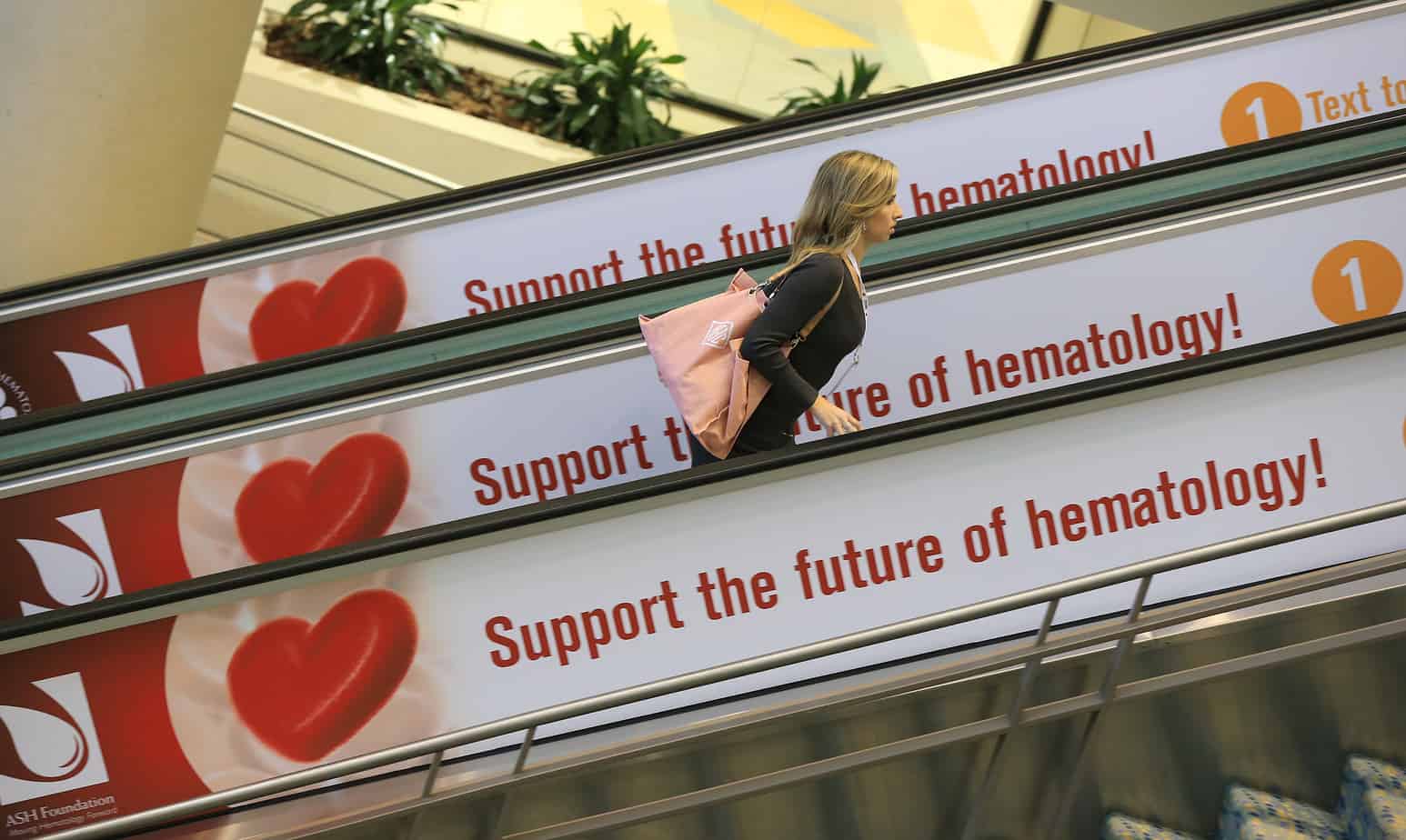 T-cell lymphomas, some of which are extremely rare, can be aggressive or indolent. Peripheral T-cell lymphoma accounts for approximately 10% of non-Hodgkin lymphoma cases in the U.S. and Europe and maybe as high as 24% in parts of Asia.

Antibody-drug Conjugate
Brentuximab vedotin is an antibody-drug conjugate (ADC) directed to CD30, a defining marker of classical Hodgkin lymphoma and expressed on the surface of several types of non-Hodgkin lymphoma, including peripheral T-cell lymphoma.

The drug includes an anti-CD30 monoclonal antibody which is attached by a protease-cleavable linker to a monomethyl auristatin E (MMAE), a microtubule disrupting agent. The linker system is designed to be stable in the bloodstream but to release MMAE upon internalization into CD30-expressing cells.

“After five years of follow-up, an important clinical milestone, both the ECHELON-1 and ECHELON- 2 clinical trials demonstrate that brentuximab vedotin plus chemotherapy resulted in superior and durable outcomes when compared with standard chemotherapy regimens,” said Roger Dansey, M.D., Chief Medical Officer at Seagen.

“As most relapses in Hodgkin lymphoma occur within five years of frontline treatment, the results of the ECHELON-1 study suggest that patients treated with brentuximab vedotin plus chemotherapy are more likely to experience long-term remissions compared to those treated with the ABVD regimen,” Dansey added.

As previously reported, the ECHELON-1 trial achieved its primary endpoint with the combination of brentuximab vedotin plus AVD resulting in a statistically significant improvement in modified progression-free survival (PFS) compared to the control arm of ABVD as assessed by independent review facility (IRF; hazard ratio (HR), 0.77; p=0.035).

A five-year exploratory analysis was conducted to examine PFS outcomes per investigator assessment in the intent-to-treat population of 1,334 patients. Results include:

As previously reported, the ECHELON-2 trial met its primary endpoint with the combination of brentuximab vedotin plus CHP resulting in a statistically significant improvement in PFS versus the control arm of CHOP per blinded independent central review (HR, 0.71; p=0.0110).

A five-year post-hoc exploratory analysis was conducted to examine PFS outcome and overall survival (OS) per investigator assessment in the intent-to-treat population of 452 patients.

The key findings include:

Mediastinal Grey Zone Lymphoma
In addition to ECHELON-1 and ECHELON-2 updates the first results were presented from an ongoing phase II clinical trial evaluating brentuximab vedotin in combination with nivolumab (Opdivo®; Bristol-Myers Squibb) in relapsed or refractory mediastinal gray zone lymphoma, a rare type of non-Hodgkin lymphoma that expresses CD30 with no standard of care.[2]

Grey zone lymphoma, which is sometimes called ‘B-cell lymphoma, unclassifiable’, is a very rare but aggressive or fast-growing B-cell non-Hodgkin lymphoma. This uncommon neoplasm that has clinical features and characteristics of both Hodgkin lymphoma and a type of diffuse large B-cell lymphoma, called primary mediastinal B-cell lymphoma (PMBCL), was initially described in 2005 and recognized in the World Health Organization (WHO) classification as a distinct entity in 2008. [2][3]

In spite of the advances made in immunophenotyping, molecular diagnostics, and more exact morphology-based discrimination, the disease is very difficult to diagnose and treatment decisions remain complex.[4][5]

Although grey zone lymphoma is an aggressive disease that can be difficult to treat, it is potentially curable with standard treatment that includes combination chemotherapy and immunotherapy (chemoimmunotherapy), or in some instances sometimes with radiotherapy and stem cell transplant.

CheckMate 436
PD-1 blockade has shown promise in B- and T-cell non-Hodgkin lymphoma. However, many patients with non-Hodgkin lymphomas do not respond or progress after response, and the combination using anti-tumor agents with complementary mechanisms of action and low immunosuppressive impact may result in more frequent and durable responses.

Data from the ongoing CheckMate 436 phase II clinical trial of 10 patients with relapsed or refractory mediastinal gray zone lymphomas who received a treatment combination of brentuximab vedotin plus nivolumab after autologous stem cell transplant or two or more lines of multi-agent chemotherapy if ineligible for transplant were, for the first time, presented during the annual ASH meeting. Patients were treated once every three weeks or until disease progression or unacceptable toxicity. The median age of patients was 35 years.

The Key findings from this study include:

Clinical Trials
A Frontline Therapy Trial in Participants With Advanced Classical Hodgkin Lymphoma – NCT01712490
ECHELON-2: A Comparison of Brentuximab Vedotin and CHP With Standard-of-care CHOP in the Treatment of Patients With CD30-positive Mature T-cell Lymphomas – NCT01777152
An Investigational Immuno-therapy Safety and Effectiveness Study of Nivolumab in Combination With Brentuximab Vedotin to Treat Non-Hodgkin Lymphomas (CheckMate 436) – NCT02581631