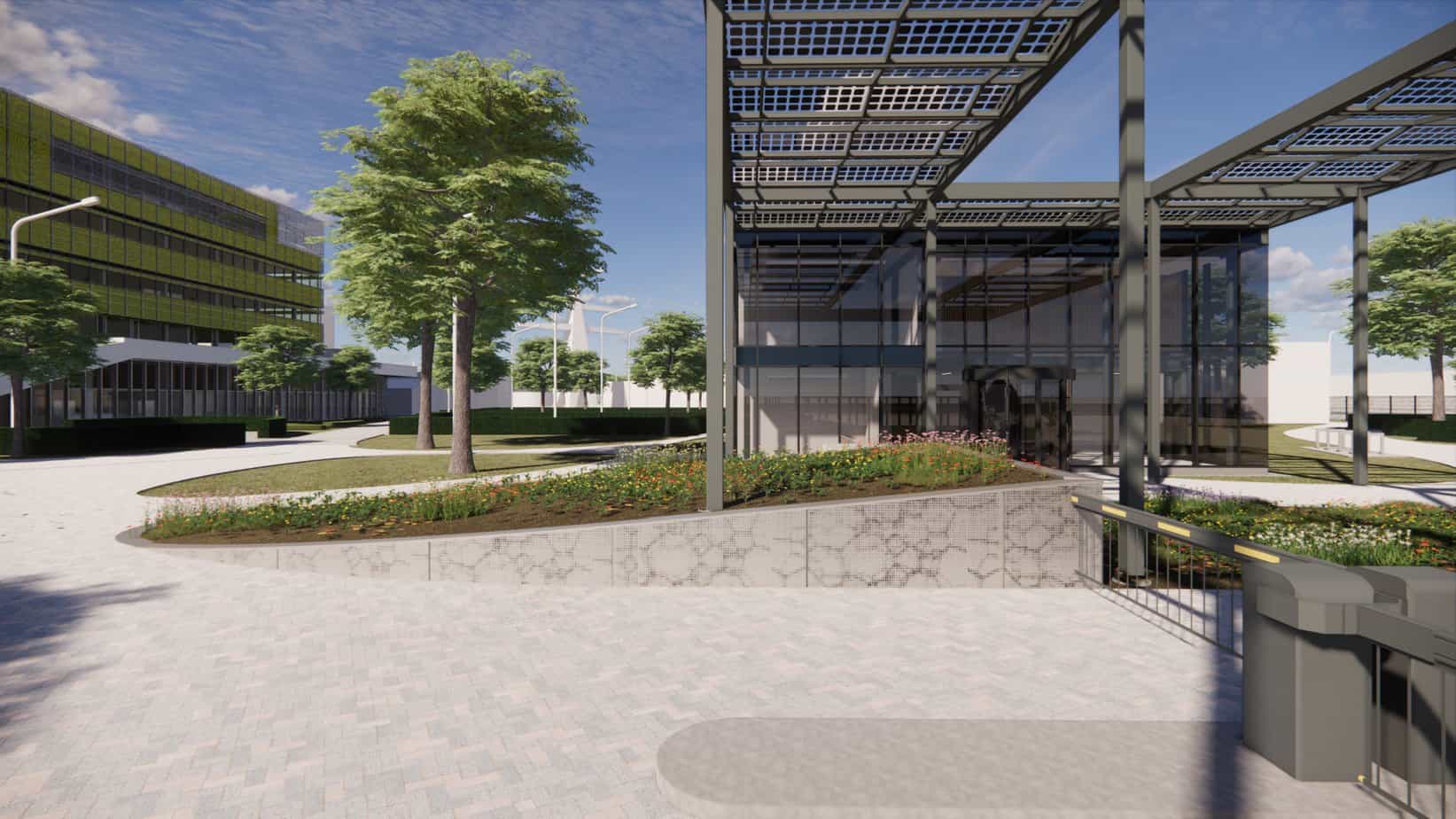 Byondis is headquarterd in Nijmegen, a city located in the southeastern part of the Netherlands, close to the German border. It is the oldest city in the Netherlands, with a history that goes back more than 2,000 years, to Roman times, when Noviomagus, what was the name of Nijmegen back then, was a northwestern outpost of the immense Roman Empire.

A modern history
The opening of Byondis’ Green Campus and the new building coincides with the 10th anniversary of Byondis, which focuses on the development of precision medicines, including the next generation antibody-drug conjugates (ADCs), using its proprietary molecular concepts such as ByonZine®, its duocarmazine linker-drug technology, and ByonShieLD®, its site-specific conjugation technology.

The company’s scientists are also creating monoclonal antibodies and new chemical entities (NCEs) that can stand alone or be incorporated in its ADCs.

“There has been an evolution of changes that matched the evolution of the company. The philosophy behind the campus reflects our philosophy on life, work, and the world,” said Jacques Lemmens, Ph.D., Byondis founder, owner, and Chairman of the Board, who performed the opening ceremony, unveiling the Byondis campus branding and inaugurating the new Porter’s Lodge.

“All of us, including leadership, scientists, technicians, and support staff, come to work with a mission of making hope real for patients. Our environment reflects that, with a campus that is inspirational, functional, and green. And a culture that doesn’t bind you to your desk but encourages you to share brave ideas and live a happy, balanced life.” Lemmens added.

Sustainability: Nearly energy neutral
The Dutch central government encourages sustainable energy and works to reduce the Netherlands’ emissions of greenhouse gases (like carbon dioxide (CO2) to zero. As outlined in the Energy Agreement for Sustainable Growth the government made with 40 national organization, including employers, trade unions and environmental groups, it plans to make 16% of all energy used in the country sustainable by 2023.

Byondis has adopted key provisions included in the Energy Agreement.

“Sustainable development of the campus is an important starting point. The Porter’s Lodge and the Synthon office building feature the latest energy-efficient technology. Instead of natural gas, they run on electricity and solar power,” noted Bram de Kruijff, M.Sc., Byondis Executive Vice President and Site Director.

But sustainability goes beyond the use of energy.

“Inside the various buildings, shared spaces are designed to inspire teamwork and collaboration. Outside, employees and company visitors alike can walk and talk on our welcoming grounds, with trees, shrubs and flowers. In addition, employees can cycle around the campus (we have extra bicycles on hand for that purpose). The ultimate goal is to make the campus completely car-free in the future,” Kruijff concluded.

The new campus houses both Byondis and the generic pharmaceutical company Synthon. The new Porters’ Lodge marks the new entrance to the site and in keeping with Byondis’ commitment to sustainability, is a “nearly energy neutral building.”

Byondis, formerly known as Synthon Biopharmaceuticals, was a subsidiary of Synthon, which has inhabited the site since 1995. The campus has grown over the years; it currently consists of 10 buildings and is approximately the size of 10 soccer fields.

With the addition of the new Porters’ Lodge, which houses reception, offices and meeting rooms, a more suitable entrance has been created.

With the opening of the new, Green Campus, Byondis favorably added to the unique history of Nijmegen and the Netherlands.