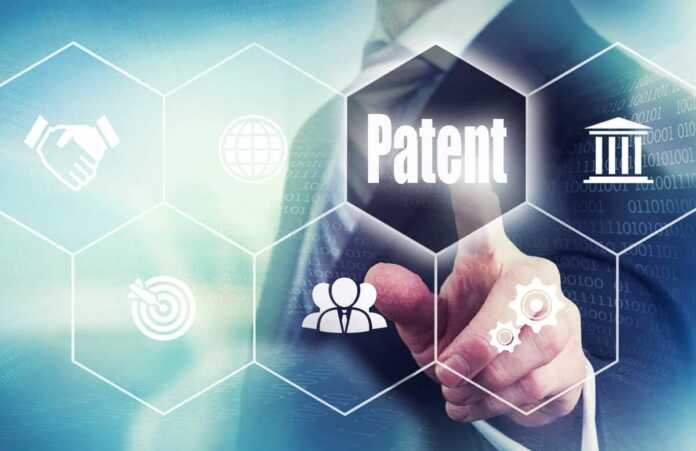 When the first antibody-drug conjugate (ADC) was approved by the U.S. Food and Drug Administration (FDA) in 2000,[1] only a handful of patent applications claiming ADCs had been published.[2] As research continues to progress and the scientific community’s appreciation for the power of ADCs has grown, so have the numbers. FDA has now approved at least four ADCs,[3] and hundreds more are in development.[4] The number of patent applications has also grown, with the U.S. Patent and Trademark Office (USPTO) publishing over two hundred patent applications with claims to ADC inventions in the last two years alone.[5]

But filing an application with the USPTO does not guarantee that a patent will be obtained. Among other requirements, inventions worthy of U.S. patent protection must not have been obvious to a person of ordinary skill in the art at the time of invention (or, under current U.S. patent law, at the time the patent application was filed). In considering whether an invention would have been obvious, the USPTO will consider what was already known in the art, how the claimed invention differs from what was already known, and whether the differences would have been obvious. An invention may be deemed nonobvious if, for example, there was no motivation to modify what was known or no reasonable expectation of success in achieving the claimed invention, or if the invention enjoys commercial success or demonstrates results that would have been unexpected at the time of invention.

Four ways to demonstrate nonobviousness of an ADC invention are to show that (1) the claimed antibody, drug, or linker was not previously known; (2) a person having ordinary skill in the art would not have been motivated to modify known components to achieve the claimed ADC; (3) the skilled artisan would have had no reasonable expectation of success; or (4) the claimed ADC demonstrates unexpected results. These types of arguments have been presented to the USPTO in ADC-based patent applications, often in combination with each other and with amendments to the pending claims.

Provided below are three examples of patents that issued after such nonobviousness arguments were made to the USPTO: U.S. Patent Nos. 8,603,483 (the ’483 patent); 9,308,278 (the ’278 patent); and 9,850,312 (the ’312 patent). Companies seeking patent protection for their own ADC inventions should consider these and other examples when developing their own nonobviousness positions. The authors have not independently analyzed the obviousness of the claims discussed below, but provide these merely as examples of strategies used to secure allowance of claims directed to ADCs before the USPTO. Readers are encouraged to seek legal counsel in considering their own ADC inventions and these examples.

Example 1: Arguments of No Motivation, No Reasonable Expectation of Success, and Unexpected Results During the Prosecution of U.S. Patent No. 8,603,483 [6]

1. An antibody-drug conjugate of the formula:

On June 3, 2011, during prosecution of the application that issued as the ’483 patent, the USPTO examiner rejected the then-pending claims for obviousness over combinations of four references. According to the examiner, the first reference taught an immunoconjugate comprising the antibody of CNTO 95 linked to a cytotoxin, the second reference taught that blockade of integrin receptors by CNTO 95 inhibited the growth of new blood vessels in vitro and growth of human melanoma tumors in nude mice, and the third reference taught that CNTO 95 has antitumor and antiangiogenic activity in vivo.

The examiner wrote that the invention of the then-pending claims differed from these teachings only by the recitation that the conjugate has the formula of [C‑L]m‑A, wherein C is DM4 (R1 and R2 are Me and n=2). According to the examiner, the fourth reference taught a conjugate comprising the huMy9-6 monoclonal antibody chemically coupled to maytansinoid DM4 via an N-succinimidyl 4-(2-yridyldithio)butanoate, and it would have been obvious to one of ordinary skill in the art to substitute hyMy9-6 antibody with the CNTO-95 antibody.

In a response dated December 2, 2011, the applicant amended the claims and argued that one of skill in the art at the time of invention would not have been motivated to substitute the CNTO 95 antibody for the huMy9-6 monoclonal because the two antibodies are “very different.” The applicant also argued that an artisan would not have reasonably expected success in substituting one antibody with another antibody that is structurally and chemically very different. In addition, the applicant argued that the art did not suggest that conjugating an anti-alphaV antibody to a cytotoxic drug would provide an important improvement or advantage over the use of the unconjugated CNTO 95 antibody. In support of the arguments, the applicant submitted three declarations. In the first, a named inventor declared that the effectiveness of the CNTO 95-maytansinoid conjugate CNTO 365 in treating tumors was surprising. In the second, a scientist declared that an artisan would not have been motivated to substitute huMy9-6, a highly selective antibody, with CNTO 95, an antibody with high reactivity with normal tissue, and would not have had a reasonable expectation of success. In the third, another scientist provided results from a phase I clinical study using CNTO 365, which the applicant argued showed unexpected and surprisingly low toxicity.

On January 12, 2012, the USPTO examiner maintained the obviousness rejections of the then-pending claims over the same art. The examiner wrote that while CNTO 95 was unexpectedly well tolerated in human clinical trials, the unexpected results did not overcome clear and convincing evidence of obviousness.

In a response dated September 12, 2012, the applicant amended the claims to “closely encompass the CNTO 365 conjugate described and tested in the application,” and argued that the claimed conjugates demonstrated unexpected results because they had a more than four-fold lower EC50 in toxicity studies relative to even other CNTO 95 conjugates. The USPTO examiner issued a notice of allowance, and then the ’483 patent issued on December 10, 2013. The examiner wrote that the amended claims were allowed because CNTO 365 was shown to have superior efficacy.

Example 2: Arguments of No Motivation and Unexpected Results During the Prosecution of U.S. Patent No. 9,308,278 [7]

The USPTO issued the ’278 patent to Agensys, Inc. on April 12, 2016, with claims to ADCs and pharmaceutical compositions comprising the ADCs. For example, independent claim 1 is as follows:

1. An antibody drug conjugate obtained by a process comprising the step of:

On July 2, 2015, the USPTO examiner rejected the then-pending claims for obviousness over combinations of five references. According to the examiner, four of the references taught cancer immunotherapy using anti-161P2F10B antibodies such as H16-7.8 conjugated to auristatins such as monomethyl auristatin E (MMAE) for use in treating cancer, and the fifth reference taught that MMAF is an antimitotic auristatin derivative with a charged C-terminal phenylalanine residue that attenuates its cytotoxic activity compared to its uncharged counterpart, MMAE. The examiner wrote that an artisan would have been motivated to replace MMAE with MMAF based on the fifth reference’s showing of improved therapeutic effects.

In a response dated September 23, 2015, the applicant argued that the first four references would not have motivated an artisan to conjugate the H16-7.8 antibody with MMAF or to target cells expressing 161P2F10B protein with the claimed ADC because the references broadly disclosed more than twenty different monoclonal antibodies and more than fifty different cytotoxic agents, not one of which was MMAF. The applicant also argued that the claimed ADC comprising the claimed H16-7.8 antibody conjugated to MMAF produced surprising results. In support of this argument, the applicant relied on data showing that the H16-7.8 MMAF conjugate inhibited tumor growth for sixty days, a result not obtained with either the H16-1.11 MMAF conjugate or the H16-7.8 MMAE conjugate. The USPTO withdrew the obviousness rejections, and then the ’278 patent issued on April 12, 2016. The examiner wrote that the applicant’s argument of unexpected results was persuasive.

Example 3: Arguments of New Components, No Motivation, and No Reasonable Expectation of Success During the Prosecution of U.S. Patent No. 9,850,312 [8]

The USPTO issued the ’312 patent to Daiichi Sankyo Company, Limited and Sapporo Medical University on December 26, 2017, with claims to ADCs, pharmaceutical compositions comprising the ADCs, antitumor drugs and anticancer drugs containing the ADCs, and methods of treating cancer using the ADCs. For example, independent claim 1 is as follows:

1. An antibody-drug conjugate, wherein a linker and an antitumor compound represented by the following formula and anti-TROP2 antibody are connected:

Conclusion
Companies developing ADCs should strategically obtain patent protection for their products, keeping in mind that their ability to have a patent granted may hinge on the success of their arguments of nonobviousness of the invention. As seen from the examples above, applicants often use a combination of arguments and claim amendments when responding to an obviousness rejection. By considering how other companies have responded to obviousness rejections by the USPTO, companies can gain insight into how to obtain and preserve patent protection for their own ADC inventions.