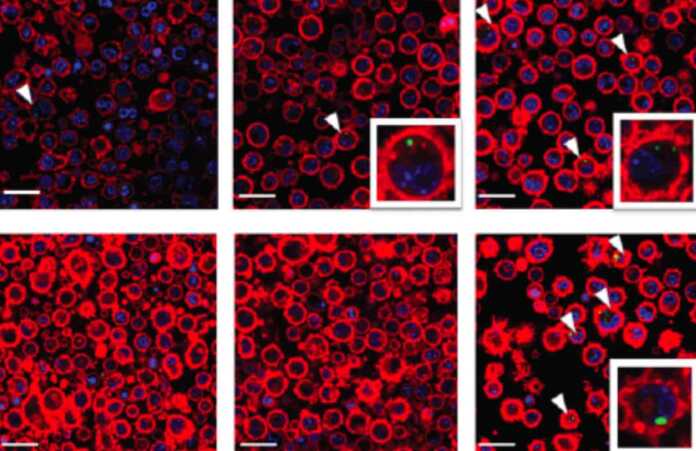 1.0 Commentary
By addressing the body’s own immune system the treatment of several severe diseases, e.g. infectious diseases, has become incredibly successful throughout the last centuries. Thus, it is highly desirable to adopt this concept to other diseases as well. Recently, cancer immunotherapy has become an alternative route to treat malignancies effectively without adverse side effects that are usually caused by classical cytostatics. In general, the immune system is considered to play a key regulation parameter in tumor progression, but its specificity and power to recognize and eliminate abnormal cells (tumors as well as metastases) may at the same time be utilized to combat cancer completely. However, selective tumor-antigen delivery to specialized antigen presenting cells of the immune systems would be required to guarantee anticancer immunity.

Yet, for efficient vaccination the co-delivery of multiple signals (e.g. antigens and immunostimulants) is necessary to the same immune cell type (e.g. DC) at the same time point. To that respect, multifunctional polymeric nanocarriers equipped with a targeting moiety seem to be ideal vaccine candidates for antitumor immunization. Due to its low immunogenicity polymers based on N-(2-hydroxypropyl) methacrylamide (HPMA) may be used for such purposes. Interestingly, access to multifunctional HPMA-based carriers could be found via reactive ester precursor polymers that – in a facile post-polymerization process – can be equipped with various multifunctionalities for a range of applications. [2] In fact, first attempts could even be made recently by highly specific glycosylsated tumor antigens ligated with a T-helper cell epitope to HPMA-based block copolymers for inducing humoral anticancer immune responses. [3] However, for the induction of a cellular immune response via CTLs the delivery of such antigens to CD8+ DCs would be favorable, too.

Tappertzhofen et al. have recently published a novel method how such multifunctional HPMA-copolymers can be attached to aDEC-205 antibodies mediating their delivery to dendritic cells of the immune system. In previous work they used HPMA-copolymers with pendant maleimide side groups that – after antibody modification with Traut’s reagent (2-iminothiolane) – could be applied to a ligation process, however, affording a certain degree of cross-linking of polymers with a few antibodies.[4] In their new approach they now used maleimide endgroup-modified heterotelechelic HPMA copolymers that guarantee no antibody cross-linking. [5] Instead, more carrier material could be attached to one single antibody affording so-called “star-like” topologies, which seems to be economically more advantageous in delivering several immunologically relevant components to one single cell (Figure 1).

In their work Tappertzhofen et al. were able to directly compare the properties of the rather cross-linked aDEC-205 antibody polymer conjugates with the well-defined “star-like” constructs. Interestingly, binding and uptake studies with primary immune cell populations proved advantageous properties for the novel “star-like” conjugates.

For example, after incubation of these polymer-antibody conjugates to primary immune cells isolated from the bone marrow of mice, so-called bone marrow-derived dendritic cells (BMDCs), a specifically higher uptake of the “star-like” conjugates was found into CD11c+ BMDCs exclusively compared to the “cross-linked” conjugate constructs. FACS analysis data showed that this uptake was significant after 24 h compared to relevant control samples (polymers conjugated to non-specific IgG-isotype antibody or reference polymers, where the maleimide functionality was quenched with mercaptoethanol). Moreover, by confocal laser scanning microscopy (CLSM) imaging intracellular localization was found for both “star-like” and “cross-linked” conjugates to aDEC205 antibodies, but again the “star-like” species showed a higher selectivity: No uptake could be identified for their control samples, while for the conjugates using pendant maleimide side chains polymers could be found intracellularly even in those cases, where conjugates were synthesized with non-specific IgG isotypes or even for reference polymers only. To that respect, the end-group bearing maleimide polymers seem to avoid such unspecific uptake exclusively and thus, guarantee specific antibody-mediated uptake a much more selectively (Figure 2).

Interestingly, in spleenic immune cell populations, where DEC205 is expressed primarily by interdigitating CD8+ DCs, an uptake of the aDEC205-HPMA polymer-conjugates could be found to dendritic cells too, and even among those heterogenic immune cell populations the “star-like” topology showed greatest selectivity compared to its “cross-linked” analogue. Besides, incubation studies with each polymer derivative at 37 and 4 ºC overnight showed that the aDEC205 mediated uptake process was highly energy-dependent and consequently, an active process of selective binding and internalization should be involved instead of non-specific adsorption to the cell membrane.[5]

2.0 Conclusion
To conclude, the comparison of antibody-polymer conjugates of different topologies (“cross-linked” versus “star-like”) demonstrated that the well-defined constructs derived from maleimide-endgroup modified HPMA copolymers prevent non-specific interaction with immune cells and guarantee antibody-mediated active delivery to the target cell type. By using aDEC205 as antibody the delivery of multifunctionalizable HPMA carrier polymers to CD8+ dendritic cells is possible enabling novel application especially for immontherapeutic purposes. [5] Considering the numerous possibilities of equipping the HPMA carriers with further tumor relevant antigens and immunostimulants, as recently shown by ligation of selective MUC1-derived glycopeptides antigens to HPMA block copolymers, [3] a combination with aDEC205 mediated delivery would guarantee antigen cross-presentation to CD8+ T cells and differentiation into specific cytotoxic T cells (CTLs) for selective antitumor response on a cellular level. As a result, such well-defined multifunctional HPMA-aDEC205 polymer conjugates can be considered as novel vaccine delivery platform towards antitumor immunity.